Trying to back up a volume from Docker via PowerShell - .tar file is nowhere to be seen

Trying to back up a volume from Docker via PowerShell - .tar file is nowhere to be seen

I've got a basic wordpress setup to test/learn Docker and i'm in the process of teating/learning to migrate it to a live server by backing up the containers, and volumes.

I can back up the 'containers' no problem using the save/load commands, but cant seem to get the volumes backed up.

I've run the command on my containers as advised in the docker documentation here: https://docs.docker.com/storage/volumes/. The command is:

Both commands run without fault, however i cant find the .tar output anywhere - where is it being saved? or am i doing something wrong? 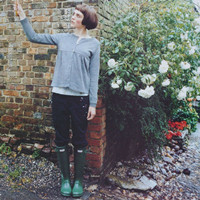 One thing to note is that by mapping the root of your C drive, you give the container full access to the whole disk. So be careful :) It would be safer to map the %temp% or another directory like this