Why can't return null get a null value?

Why can't return null get a null value?

For example, inside CmdPraser class, call GetUserData of server.instanc. DB to get the player's save in the database, If there is no Player data in the table, return null, and then create a new player in CmdPrase as the new player data. 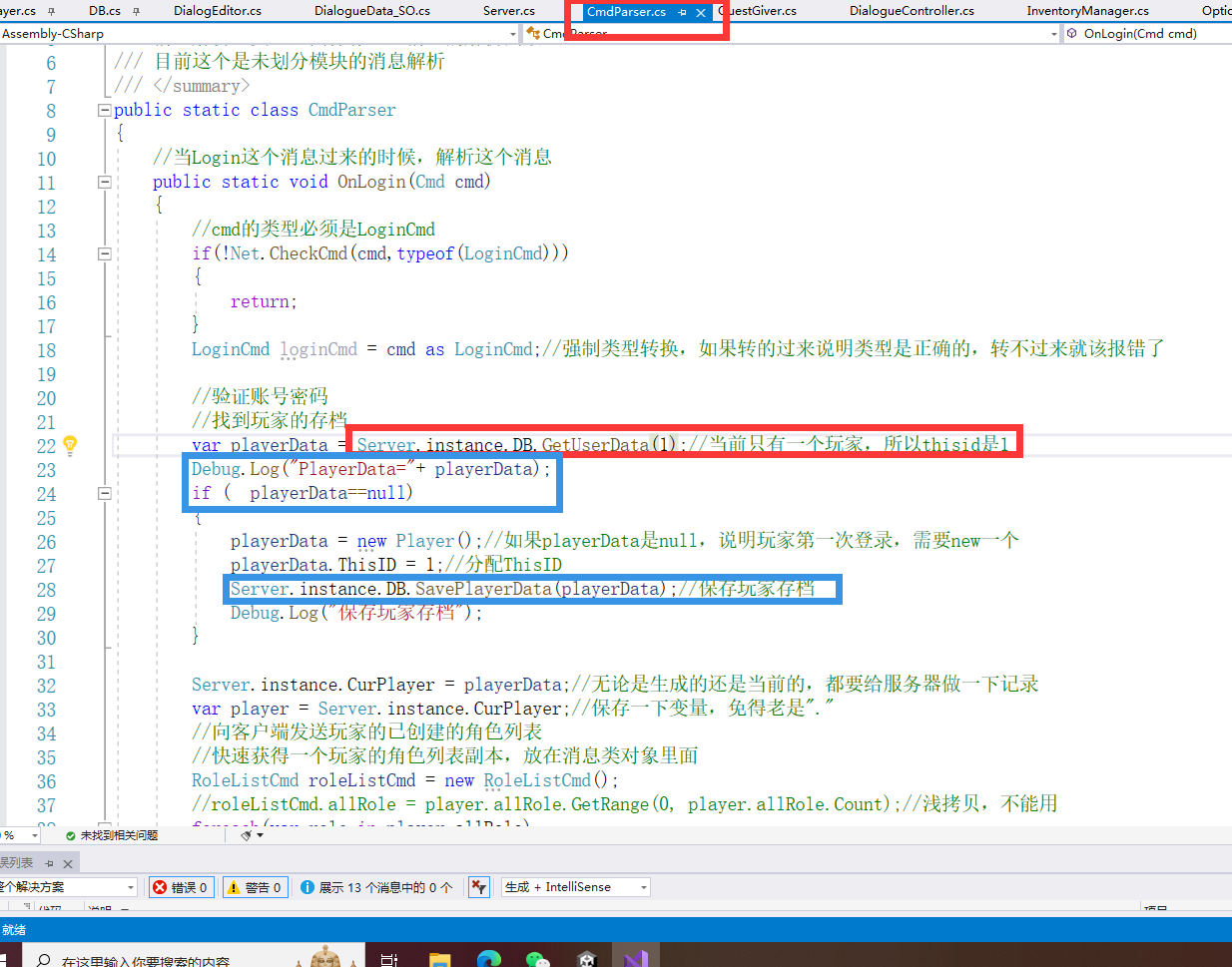 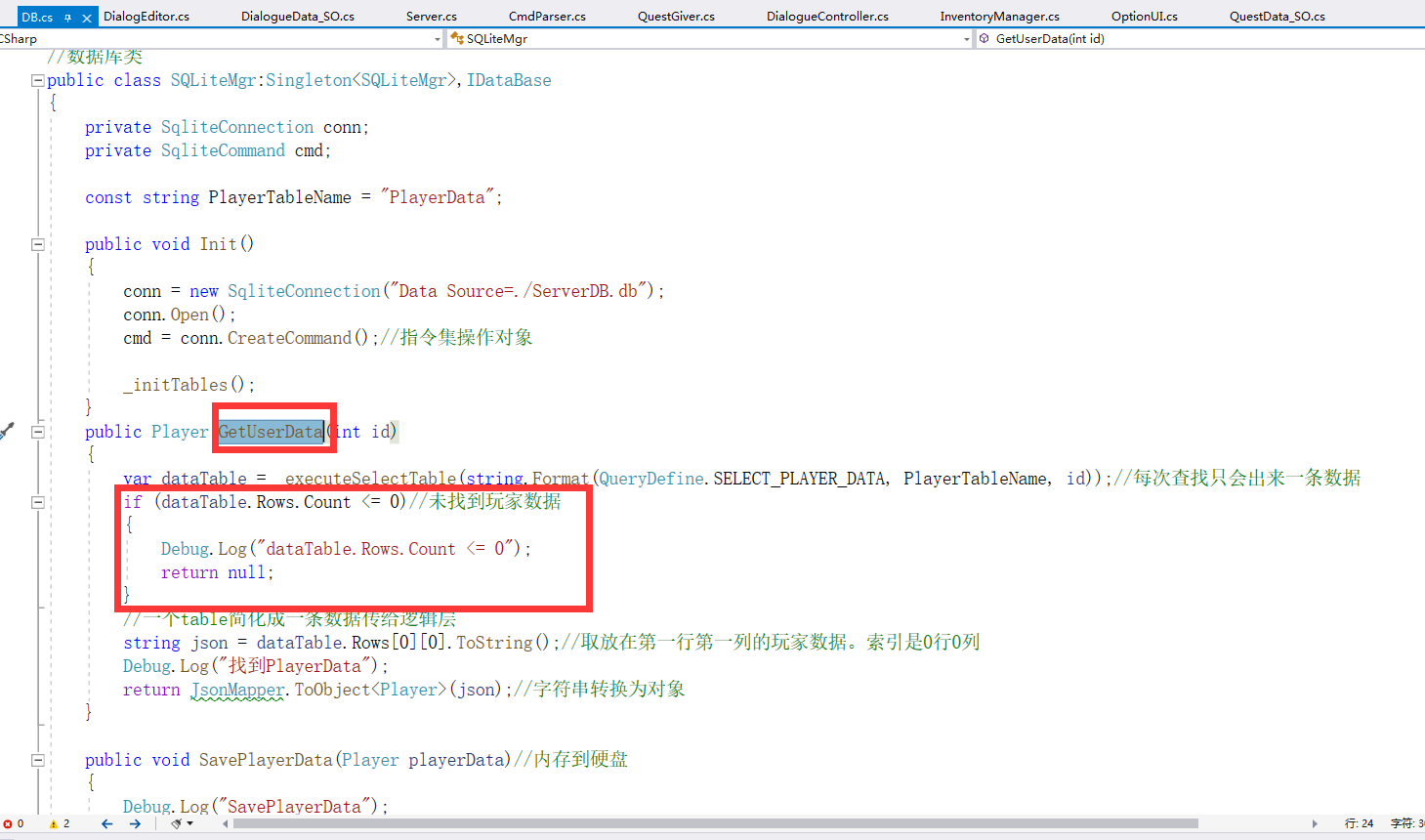 The problem now is that running a message saying there is no player data in the table, but instead of returning null playerData, it returns nothing. As a result, the step of a new Player is skipped directly, and the subsequent data fetch is null. May I ask why this situation occurs?